Tekolutions founded by K K Bansal and Vikram B. 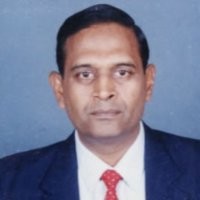 K K Bansal has a B.Tech (Electrical Engineering) from IIT Kanpur and has over 40 years of Industry experience.

Kant Krishna Bansal is a  seasoned Leader in the Software  Industry, with 40+ years of experience. He is an Electrical Engineer from the Indian Institute of Technology, Kanpur. He is a pioneer in the field of computers in India. As MD and CTO at  Tekolutions, he is responsible for the end-to-end operations as well as technology vision of the company.

An entrepreneur at heart, he has been responsible for many startups.

As CTO with Helios Solutions, he was responsible for exciting developments in the areas of medical research, eGovernance and web based applications.

He started a company called Information Systems which provided Consultancy services, developed Software, did Education and Training. The clients included USAID, NCC of  UK, Population Council of New York and The Ford Foundation

At ORG in 1968, he was the leader of team to develop software for Market Research and large scale Data Processing Applications. He was deputed to lead a team of Programmers and Analysts to Interdata S.A. Madrid, Spain.

ORG Systems, an offshoot of ORG was formed In 1977, to design and develop Computer Systems indigenously. He headed the Software Development group of over 50 professionals which developed the entire System Software. At that point of time ORG Systems’ Computers used 8 bit Intel chips, yet they were able to beat many 16 bit models produced by others in benchmark tests conducted by RBI, LIC and many private organizations. This was a monumental historical development in India. As the leader of this system, Kant Krishna Bansal represented India with this Computer System in Systems 81 at Munich, Germany.

Kant Krishna Bansal first became interested in computers while getting his B.Tech at IIT Kanpur. The very first computer in an  educational institution in India came to IIT Kanpur in 1964. As an auxiliary student staff of the computer center, of IITK, his duties included developing applications, helping researchers to debug their programs. He also modified the Forgo compiler and assembled IBSYS for IBM 7044. 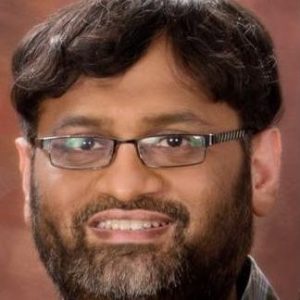 Vikram has an  M.S  from the University of Texas at Austin and a PhD (in progress)   from IIT Bombay. He has over 17 years of Industry experience.

Copyright © 2021 Tekolutions.AI, a division of Prodyogic Technologies. All rights reserved.